It was starting to get a bit weird every time Paris and Suzette were together there was Milan the gooseberry. 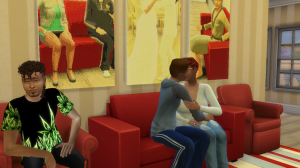 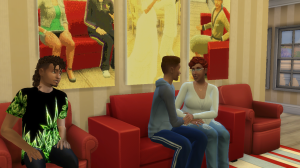 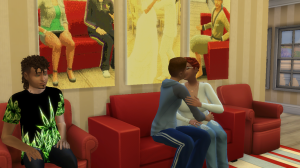 ” Hey Milan, you know the saying 3’s a crowd” Suzette teased Milan ” I have a friend that would be perfect for you. I’ll set you guy’s up on a Blind date. At least me and Paris will get some time alone then” she giggled to herself as she went to call her friend.

Milan had suggested they meet at the spa (so if things went pear shaped he could at least do some training) Under the pretence of pampering his date. When he arrived she was already waiting a vision in blue and gorgeous too. 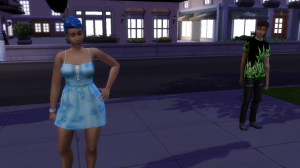 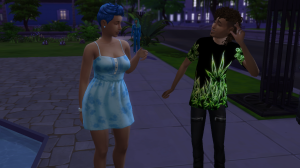 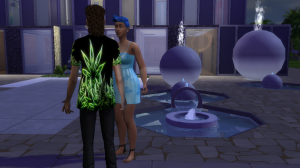 They went up to the juice bar and spent the night getting to know each other. She was insanely funny and loved her food when she wasn’t telling jokes she was talking about food. When the Date was over Milan wasted no time and leaned in for a kiss. 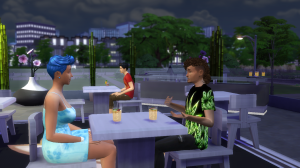 Milan and Minnie Wan went on a few more dates to the spa. And even got caught having a sneaky WooHoo in the Sauna by a member of staff and promptly banned from visiting the area again. 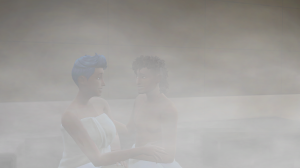 Milan felt in his heart that it was time. Dropping to his knees he pulled out a ring. 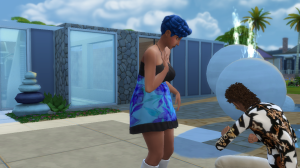 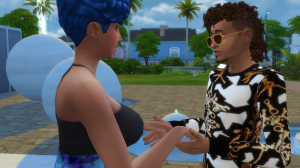 They Eloped immediately (Impatient as the were). Then went home to share their news with his gobsmacked family. 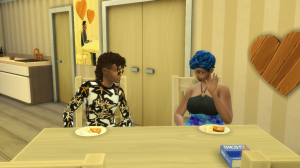 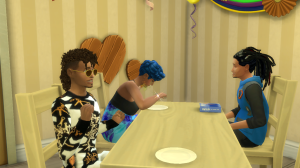 The Stories and Legacies Index

A virtual library for all Sims Stories and Let's Plays